A SHOCKING EVENT THAT TOOK PLACE WITH THE ELDER IAKOVOS TSALIKIS….. “I saw your guardian angel” 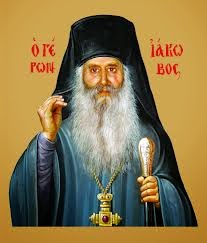 I pray with my whole soul that he will always be worthy of his calling.  I pray that Saint David and his predecessor Fr. Iakovos will grant him the strength, the patience and good health to serve the faithful who journey to this harbor of faith so that they may find peace for their souls.

The Gift of Faith and Truth Belongs to the Humble.St. Nikolai Velimirovich

Whenever you are in pain and are afflicted, call to mind Him Who was Crucified and then you will find much relief.

Westernization of the orthodox East