MANY MUSLIMS WERE BAPTIZED AFTER THE DEATH OF FR. DANIEL SISOYEV 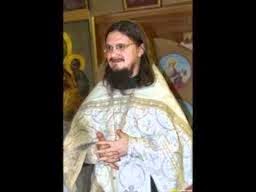 The reason for the murder of the priest Daniel Sysoev was the success of his mission among the Muslims, says his friend the famous missionary Father Oleg Stenyaev, according to the news agency Interfax-Religion.
“A man gets killed when he is feared, when his spiritual superiority is feared. Father Daniel was threatened 14 times. And even on the day of his murder, he received athreatening call demanding that he must stop preaching among the Muslims. After his assassination many Muslims were baptized, as priests of other Churches have told me. The murder produced the opposite effect,” says Father Oleg in an article published by the Orthodox newspaper Krestovsky bridge.
According to Stenayev, “When the warlord Said Buryatsky sentenced Father Daniel to death two ‘charges’ were announced—that Father Daniel conducted open debates with Muslims, and that he had them baptized.
“But the Muslims themselves initiated the debates. And the fact that they were coming to him to be baptized shows that something is lacking in Islam, that’s why they came,” said the author.
The priest emphasized that Father Daniel’s mission never had an aggressive nature, and the videos of those debates are proof of this.
“Unfortunately, the intermissions were not filmed. During the debates there were periods when everyone in the lobby started talking to each other. Many Muslims gathered around Father Daniel and asked him questions which he answered very amicably. He had no animosity towards people of other confessions and he spoke about it in his lectures: “I love these people but I do not share their faith and their beliefs,” says the article.
Father Oleg considers his friend to be a saint.
“Saints are difficult people, they always have an inspirational impulse, and they are ahead of others in ideas, words, and actions. It looked as if he was in a hurry. But actually it was us who were behind. Father Daniel was not in a rush, he was a measured person. But he set the pace and the tension and it wouldn’t let one rest idly,” he wrote.
On November 19, 2009 Father Daniel was shot in the Church of St. Thomas, where he was the rector. Soon after, on December 1, 2005, a suspect in the murder, a Kyrgyz citizen, was killed in Makhachkala during his arrest.
http://www.pravoslavie.ru/english/57085.htm
http://apantaortodoxias.blogspot.gr/2014/11/many-muslims-were-baptized-after-death.html
IN ENGLISH, ΑΓΓΛΙΚΑ FR.DANIEL SISOYEV, In English, Orthodoxy, ΑΓΓΛΙΚΑ

The furnace of sorrow: Elder Ephraim of Arizona

Before the new testament was the Divine liturgy.

How to confront grief?