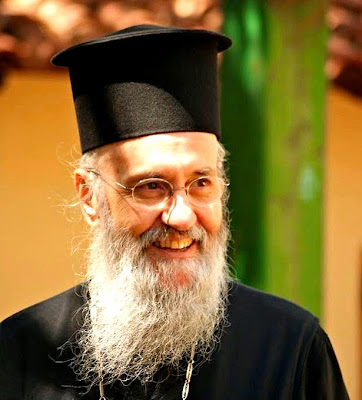 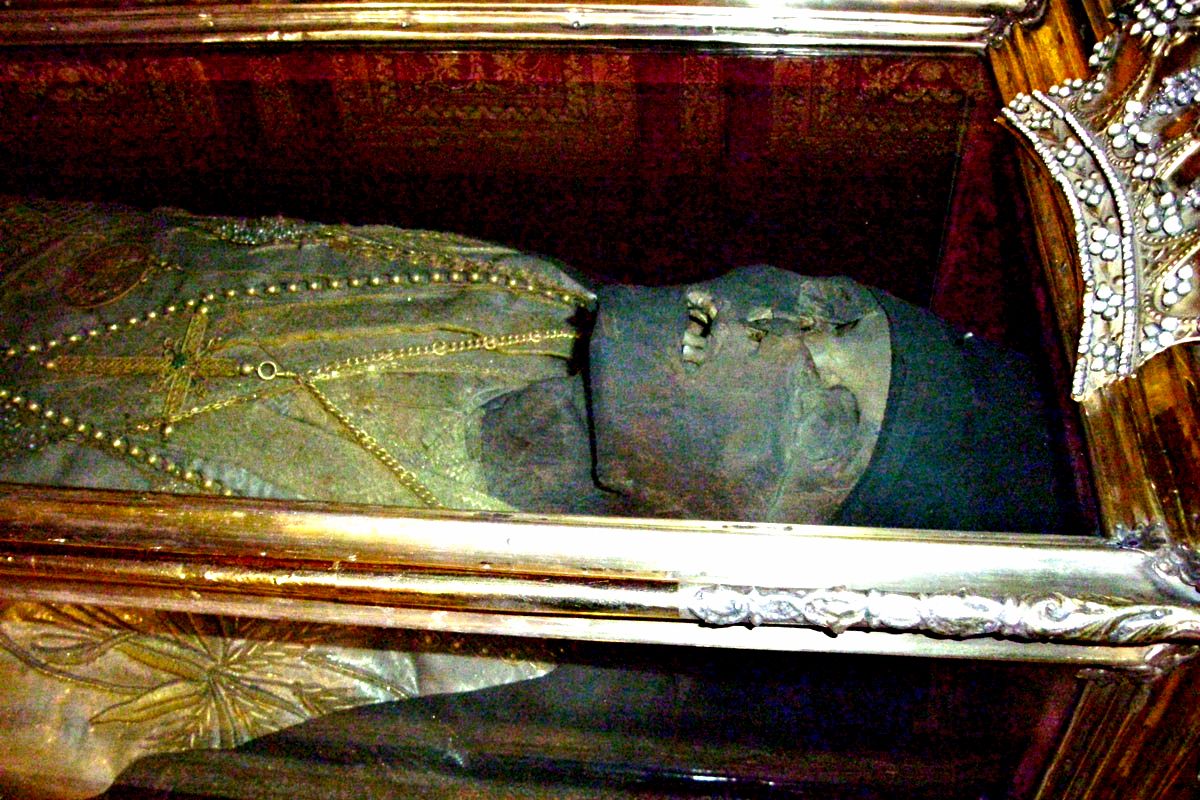 The Incorrupt body of Saint Dionysios Of Zakynthos
Someone who has gone through this experience leaves holy relics, which keep their biological signs, their cells. There is skin and cells – everything is there, isn’t it? The body has not undergone corruption, but this is not incorruption, because incorruption means that the organ is alive. This body is dead but it has not disintegrated. This is a phenomenon.
It is not a mummy. It is not mummified nor is this state due to chemicals, nor is it because the body was buried in ground so dry that it could not decompose. These relics are often found in ground that is full of moisture.”
When someone attains to the vision of God’s uncreated glory he acquires communion with God. After theoria he returns to the stage of illumination of the nous and noetic prayer is activated. If he is not careful, however, it is possible for him to go as far as denying God.
“There was a major dispute in the past between the ‘Pure’ [the Novatianists] and the other Orthodox, because the ‘Pure’ said that someone who had denied Christ under persecution should die without receiving Holy Communion. They left him in God’s hands.
The other Orthodox used the argument that the Apostle Peter himself first passed through glorification at the Transfiguration, then after glorification he denied Christ, and Christ after the Resurrection reinstated him and he became an Apostle again – in fact, the chief Apostle. So we see that not only after illumination but even after glorification one can give way and make a denial.”
Glorification is the perfecting of man, which is the purpose of his creation. Then man transcends all merely human things and lives in the body like an angel. People with a worldly mentality are unable to understand this state because they live an unnatural life.
“As far as the world is concerned, those in psychiatric hospitals are not the only ones who are mentally disturbed. From the world’s point of view, those in the state of glorification would be considered mad.
We are not therefore surprised that even some Orthodox regard St Symeon the New Theologian as being somehow mad. If someone reads St Symeon the New Theologian without being attuned to what he writes, the reason he writes and the state he is in when writing, it is not difficult for him to think that St Symeon the New Theologian was mad.”
This madness according to the worldly mentality, however, is the natural life of man, according to the reason for his creation and its aim.
—Excerpt from Empirical Dogmatics by Metropolitan Hierotheos of Nafpaktos
http://orthognosia.blogspot.gr/2015/01/metropolitan-hierotheos-of-nafpaktos.html

The prayer rule of St. Seraphim of Sarov