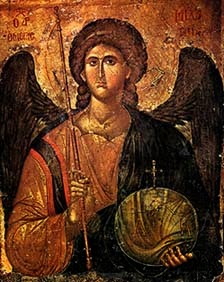 Elder Charalambos of Dionysiou: Wonder and weep in the presence of God