ON HALLOWEEN. By Saint Nicholai Velimirovic 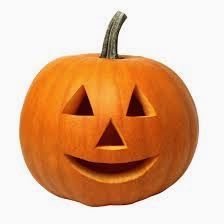 ON HALLOWEEN
By Saint Nicholai Velimirovic.
As Orthodox Christians we must carefully examine every aspect of our involvement in the world, its activities, holidays and festivals, to be certain whether or not these in¬volvements are compatible with our Holy Orthodox Faith.
For a while now everything in the outside world is reminding us that Halloween is near: at school our children are busy painting pumpkins, cutting and pasting bats, ghosts and witches and planning the ideal costume in which to go trick-or-treating. Most of our schools, local community organizations and entertainment on television, radio and press will share in and capitalize upon the festival of Halloween. Many of us will participate in this festival by going to costume parties, or by taking our children trick-or-treating in our neighborhood after dark on October 31st.
Most of us will take part in the Halloween festivities believing that it has no deeper meaning than fun and excitement for the children. Most of us do not know the historical background of the festival of Halloween and its customs.
The feast of Halloween began in pre-Christian times among the Celtic peoples of Britain, Ireland and Northern France. These pagan peoples believed that physical life was born from death. Therefore, they celebrated the beginning of the “new year” in the fall, on the eve of October 31st and into the day of November Ist, when, as they believed the season of cold, darkness, decay and death began.
Instructed by their priests, the Druids, the people extin-guished all hearth fires and lights, and darkness prevailed. According to pagan Celtic tradition, the souls of the dead had entered into the world of darkness, decay and death and made total communion with Samhain, the Lord of death, who could be appeased and cajoled by burnt offerings to allow the souls of the dead to return home for a festal visit on this day. The belief led to the ritual practice of wandering about in the dark dressed in costumes indicating witches, hobgoblins, fairies and demons. The living entered into fellowship and communion with the dead by this ritual act of imitation, through costume and the wandering about in the darkness.
They also believed that the souls of the dead bore the affliction of great hunger on this festal visit. This belief brought about the practice of begging as another ritual imitation of the activities of the souls of the dead on their festal visit. The implication was that any souls of the dead and their imitators who are not appeased with “treats”, i.e., offerings, will provoke the wrath of Samhain, whose angels and servants could retaliate through a system of “tricks”, or curses.
In the strictly Orthodox early Celtic Church, the Holy Fathers tried to counteract this pagan new year festival by establishing the feast of All Saints on that same day (in the East, this feast is celebrated on another day). The night be¬fore the feast (on “All Hallows Eve”), a vigil service was held and a morning celebration of the Eucharist. This custom created the term Halloween. But the remaining pagan and therefore anti-Christian people reacted to the Church’s at¬tempt to supplant their festival by increased fervor on this evening, so that the night before the Christian feast of All Saints became a night of sorcery, witchcraft and other occult practices, many of which involved desecration and mockery of Christian practices and beliefs.
Costumes of skeletons, for example, developed as a mock¬ery of the Church’s reverence for holy relics. Holy things were stolen and used in sacrilegious rituals. The practice of begging became a system of persecution of Christians who refused to take part in these festivities. And so the Church’s attempt to counteract this unholy festival failed.
This is just a brief explanation of the history and meaning of the festival of Halloween. It is clear that we, as Orthodox Christians, cannot participate in this event at any level (even if we only label it as “fun”), and that our involvement in it is an idolatrous betrayal of our God and our Holy Faith. For if we imitate the dead by dressing up or wandering about in the dark, or by begging with them, then we have willfully sought fellowship with the dead, whose Lord is not a Celtic Samhain, but satan, the evil one, who stands against God. Further, if we submit to the dialogue of “trick or treat,” our offering does not go to innocent children, but rather to satan himself.
Let us remember our ancestors, the Holy Christian Martyrs of the early Church, as well as our Serbian New Martyrs, who refused, despite painful penalties and horrendous per¬secution, to worship, venerate or pay obeisance in any way to idols who are angels of satan. The foundation of our Holy Church is built upon their very blood.
Vol. 18, Issue 09-10 Orthodox – Heritage,

ON OUR TIMES St Paisios of the Holy Mount Athos

God aims to save us Saint – Nectarios of Pentapolis

Quotations from the writings of our Father Among the Saints, the great Hierarch and Confessor, MARK OF EPHESUS, whose memory we keep on this day (Jan. 19):

Are you able to enumerate the mercies of God?