ON HUMAN THOUGHTS AND CONCEPTS By Protopresbyter John S. Romanides (2001) 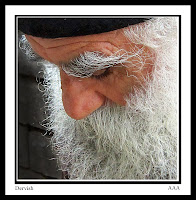 ON HUMAN THOUGHTS AND CONCEPTS
By Protopresbyter John S. Romanides (2001).
Now what is the origin of human thoughts and concepts? Are the categories of human thought, words and concepts innate to the human mind or are they acquired, gained through external impressions? Although this was discussed in ancient Greek philosophy, it still continues to be discussed today. We know that Aristotle explicitly thought about this problem. This same question was reexamined later during the Middle Ages. And when we reach the age of the Enlightenment, John Locke and David Hume again returned to these metaphysical categories in their highly cogent studies. And this brings us to the modern era.
Today, the exact sciences are also wrestling with this question. We can see psychologists, psychiatrists, biologists, doctors, biochemists, and others applying the empirical method of research in order to explore the question of how thoughts originate and are created in the human mind. Today this topic is not so much a question of logical processes on man’s part (as examined by philosophy and metaphysics) or of philosophical reflection, as it is a matter of empirical investigation.
Currently, {theyear was 1983) scholars are discussing whether human language is innate or acquired. From linguistics, we learn that every language has such a remarkable development with the passage of time that a linguist can attest to important differences in the same language from one century to the next. So when you read ancient texts from an earlier age, you cannot be certain that you fully comprehend those texts or even the vocabulary of that period. In other words, you cannot be sure how specific words were used then and what they meant.
For example, when you compare ancient Greek with mod¬ern Greek in this way, you discover a large number of words that are preserved in modern Greek, but have a different meaning today. So these words no longer signify precisely what they did in antiquity. At any rate, what matters for us is that the Church Fathers are quite familiar with the fact that expressions convey specific concepts. Thus, in order to understand the Fathers properly, we must know not only the expressions that they used, in other words, what they said and taught, but we must also know the corresponding concepts. And when we say the Fathers, we do not mean only the Fathers in the New Testament, but the Fathers in the Old Testament as well. The New Testament Fathers refer to the Old Testament prophets as the fathers of our fathers. This is also why we celebrate the Sunday of the Holy Forefathers. So the aim is not merely to know the Fathers’ sayings or expressions, but also the concepts they used and the particular expressions or sayings they used to communicate them.
Now when we examine the entire Patristic tradition, we note that the Fathers stress that idolatry begins when someone identifies expressions or concepts about God with God Himself. They make this claim because God cannot be identified with any human concept. The uncreatedness of God literally cannot be expressed through concepts. Al-though we can attribute names to God (for example, we say that God is Good, Bountiful, Merciful, and so forth), this practice is, strictly speaking, improper. And we know that it is inappropriate because of the prophets’ and the Fathers’ experience of glorification or theosis. During theosis, concepts about God have to be set aside. This experience discloses the fact that no created concept corresponds to the uncreated reality of God. There is absolutely no identity or similarity between our concepts or names for God and the reality that is none other than God Himself.
And this explains what is ascertained during the experience of theosis—that God is not Unity, He is not One, He is not Trinity. There are some lovely passages on precisely this issue by St. Dionysios the Areopagite and St. Gregory of Nyssa. All the other Church Fathers agree with these passages, because all the Fathers share the same experience.
Vol. 12, Issue 09-10
http://apantaortodoxias.blogspot.gr/2014/12/on-human-thoughts-and-concepts-by.html

Every man is an image of God, and that all his glory is within him, in his heart. St. John of Kronstadt