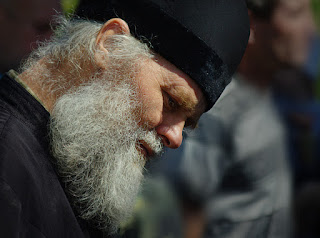 By St. John Chrysostom. Then one of the twelve, called Judas Iscariot, went unto the  chief priests, and said unto them, What will ye give me, and  I will deliver Him unto you? (Mt 26:14-15).

These words seem to he clear and not to hint at anything more, bur if vou carefully examine each word, you will find deep meaning and a great deal to contemplate.
First, the time. The Evangelist does not indicate it without cause. He does not simply say, One of the twelve ivent, but adds, Then one of the twelve … went. Then. Tell me, when? And why does he indicate the time? What does lie want to teach me? He does not say Then for no reason: Speaking by the Spirit, he does not say anything at random or to no end. Therefore, what does this “then” mean?  Before that time, before that hour, a harlot came with an alabaster box of ointment and poured the oil onto the head of the Lord. She displayed great service; she displayed great faith, great obedience, and great piety. She was turned from her former life and became better and wiser. And when the harlot had repented, when she had been drawn to the Master, then the disciple betrayed his Teacher. Thus the Evangelist said then, so that you not accuse the Teacher of weakness when you see the disciple betraying Him. For the power of the Teacher was such that He drew even harlots to proper obedience. Why then, you say, was He Who won over harlots not able to win over His disciple? He had the power to win over His disciple, but He did not wish to make him good by force or to forcibly draw him to Himself. Then [he] went. In this “went” there is not a little matter for contemplation: for he was not summoned by the chief priests, he was not constrained or forced. Rather, of himself and of his own accord, he gave birth to his intention and brought forth his treachery, without any counselor in his wickedness

The advantage of Orthodoxy, with which She can conquer the whole world, is its therapeutics, its unique healing method, the only method by which our human soul can be effectively cured.