ON THE END TIMES From a Letter of the Optina Elder [and New Martyr] St. Anatoly the Younger (+1922). 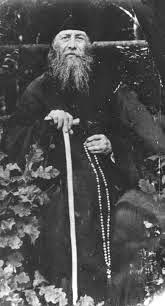 ON THE END TIMES
From a Letter of the Optina Elder [and New Martyr] St. Anatoly the Younger (+1922).
Heresies will spread everywhere and deceive many people. The enemy of the human race will act with cunning in order to draw into heresy, if possible, even the elect.
He will not begin by crudely rejecting the dogmas of the Holy Trinity, the divinity of Jesus Christ and the virtue of the Theotokos, but he will begin imperceptibly to distort the teachings and statutes of the Church and their very spirit, handed down to us by the Holy Fathers through the Holy Spirit. Few will notice these wiles of the enemy, only those more experienced in the spiritual life. Heretics will seize power over the Church and will place their servants everywhere; the pious will be regarded with contempt. He (the Lord) said, by theirfruits ye shall know them, and so, by their fruits, as well as by the actions of the heretics, strive to distinguish them from the true pastors. These are spiritual thieves, plundering the spiritual flock, and they will enter the sheepfold (the Church), climbing up some other way, using force and trampling upon the divine statutes.
The Lord calls them robbers (cf. St. John io:i). Indeed, their first task will be the persecution of the true pastors, their imprisonment and exile, for without this it will be impossible for them to plunder the sheep.
Therefore, my son, when you see the violation of patristic tradition and the divine order in the Church, the order established by God, know that the heretics have already appeared, although for the time being they may conceal their impiety, or they will distort the Divine Faith imperceptibly, in order to succeed better in seducing and enticing the in-experienced into the net. The persecution will be directed against not only pastors but against all servants of God, for all those ruled by heresy will not endure piety.
Recognize these wolves in sheep’s clothing by their proud dispositions and love of power. They will be slanderers, traitors, everywhere sowing enmity and malice; therefore the Lord said that by their fruits you will know them. True servants of God are humble, love their neighbor and are obedient to the Church.
Monastics will be greatly oppressed by the heretics and monastic life will be scorned. Monasteries will become scarce, the number of monastics will decline, and those who remain will endure violence. These haters of monastic life, however, having only the appearance of piety, will strive to attract the monks to their side promising them protection and worldly goods, and threatening those who oppose them with expulsion. These threats will cause great despair among the fainthearted, but you, my son rejoice that you have lived until that time, for then the faithful who have not shown any other virtues, will receive crowns merely for standing firm in the faith, according to the word of the Lord (cf. St. Mt 10:32).
Fear the Lord my son. Fear to lose the crown prepared (for you), fear to be cast by Christ into the outer darkness and eternal torment. Stand bravely in the faith, and if necessary, endure persecution and other sorrows, for the Lord will be with you… And the holy martyrs and confessors, they will look upon you and your struggle with joy.
But woe to the monks in those days who will be bound with possessions and riches, who because of love of peace will be ready to submit to the heretics.
They will lull to sleep their conscience, saying, “We are preserving and saving the monastery and the Lord will forgive us.” The unfortunate and blind ones do not at all consider that through heresy the demons will enter the monastery and then it will no longer be a holy monastery, but merely walls from which grace will depart. God, however, is more mighty than the enemy, and He will never leave His servants. True Christians will remain until the end of this age, only they will choose to live in secluded, deserted places. Do not fear sorrows, rather fear pernicious heresy, for it strips us of grace and separates us from Christ.
This is why the Lord commanded us to consider the her¬etic as a pagan and a publican. And so my son, strengthen yourself in the grace of Jesus Christ. Hasten to confess the faith, to endure suffering as a good soldier of Jesus Christ (cf. 2 Tim 2:13), Who has said, Be faithful unto death, and I will give thee a crown of life. (Rev 2:10). To Him, with the Father and the Holy Spirit, be honor, glory and dominion unto the ages of ages. Amen.
Vol. 13, Issue 03-04
http://apantaortodoxias.blogspot.gr/2015/04/on-end-times-from-letter-of-optina.html

IN ENGLISH, ΑΓΓΛΙΚΑ In English, ST. ANATOLY THE YOUNGER, ΑΓΓΛΙΚΑ

Dealing with the gossip

FAITH AND HOPE IN GOD’S PROVIDENCE By St. Ignatius Brianchaninov (+1867).

Our utilitarian (transactional) relationship with god