Saint Elder Porphyrios taught that precondition of life in Christ, is the crucifixion- killing of the passions, the necrosis to the world, the renunciation of the secular mind. 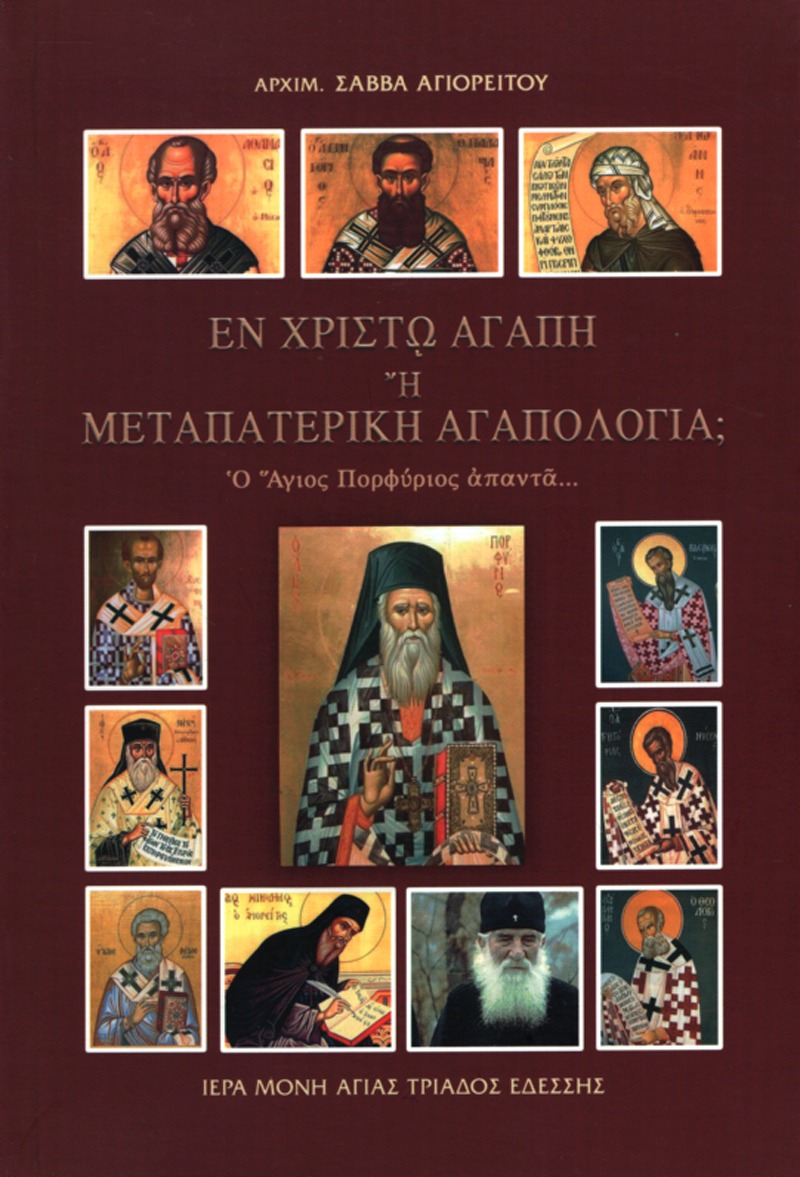 ” The neo- Orthodox and their post- patristic successors, underestimate, misinterpret, distort and insult the Holy Fathers, both early and contemporary. The post- patristic also divalue moral purity, practice, fasting, conjugal abstinence and abstinence in general, the Holy Canons and also the struggle against carnal pleasures. They don’t even want the word devil to be mentioned, neither the word sin nor the word repentance. ” They preach”, according to the teaching of St. Anastasios, ” the joy of the Church, the experience of the Resurrection detached from practice and from the cross. The tears of repentance, the preaching of the folly of the cross, the poverty of the fishermen, the abstinence of the reborn, are not fixed according to their measures.They detest practice for it doesn’t feed the passions but kills them. They want to cover up Muslim bliss, which they practically embrace, with an ecclesiastical cloak, and they named all sensual pleasures ” resurrection joy of the Church”. The joy of the Saints is the fruit of the cross. The Elder Porphyrios, whom they invoke and blaspheme in their own way, says the same thing…” The post- patristic, as the sanctified Elder Anastasios points out above, do not hesitate to misinterpret and to defame even the most orthodox and patristic St. Porphyrios, allegedly presenting him as relaxed, regarding both moral issues and also matters of faith. They declare either openly or covered up, that there is total freedom in marriage as far as carnal relations are concerned, and that allegedly Saint Elder Porphyrios, opposing the Holy Fathers, ratified this position.
The truth is exactly the opposite of the above mentioned position. Saint Elder Porphyrios was a most accurate follower of the Holy Fathers. He taught that precondition of life in Christ, is the crucifixion- killing of the passions, the necrosis to the world, the renunciation of the secular mind.”
Archimandrite fr. Savvas Hagioreites
“Love in Christ or post- patristic agapologia? St. Porphyrios answers…”
Holy Monastery of the Holy Trinity, Edessa, 2018
p.p. 151-152
ΕΝ ΧΡΙΣΤῼ ΑΓΑΠΗ Ή ΜΕΤΑΠΑΤΕΡΙΚΗ ΑΓΑΠΟΛΟΓΙΑ, F. SAVVAS AGIOREITIS, IN ENGLISH, ST. PORPHYRIOS ARCHIMANDRITE FR. SAVVAS HAGIOREITES, In English, LOVE IN CHRIST OR POST-PATRISTIC AGAPOLOGIA, ST. PORPHYRIOS

One day, time will run out.

Man’s incorporation in the Church