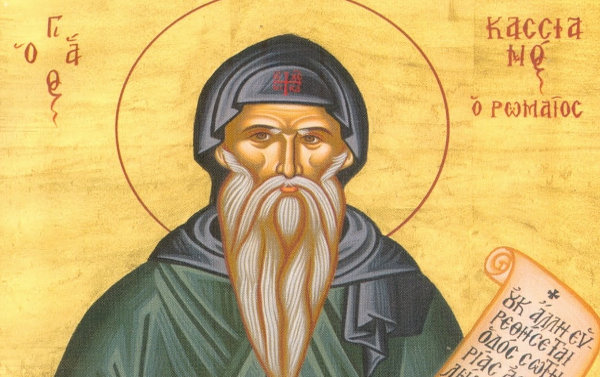 Sometimes it is so difficult to remain awake and alert during our morning or evening prayers. Is it because we are tired from work or school or is there another dimension to the problem? St Cassian may have an interesting insight to our common problem. Abba Cassian (360-435), better known in the West as St. John Cassian who wrote “Institutes” and “Conferences,” two of the best-known classics of monastic writing, joined a monastery in Bethlehem as a young man and later left it with a fellow monk, Germanos, to travel abroad to Egypt and Syria to study monasticism. The books which resulted from these travels have made Abba Cassian one of the best known writers on monastic spirituality in both the eastern and western traditions of Christianity. The Church commemorates St John Cassian on 29 February. Abba Cassian related a story about another elder living in the desert, that he had asked God to grant him never to become sleepy during a spiritual conference, but, if someone uttered slanderous or useless words, to be able to go to sleep at once, so that his ears should never be touched by that poison. This elder also said that the devil, enemy of all spiritual instruction, works hard to provoke useless words.

He used the following example, “Once when I was talking to some brothers on a helpful topic, they were overcome by sleep so deep, that they could not even move their eyelids any longer. Then, wishing to show them the power of the devil, I introduced a trivial subject of conversation. Immediately, they woke up, full of joy. Then I said to them with many sighs, ‘Until now, we were discussing heavenly things and your eyes were heavy with sleep, but when I embarked on a useless discourse, you all woke up with alacrity. Therefore, brothers, I implore you to recognise the power of the evil demon; pay attention to yourselves, and guard yourselves from the desire to sleep when you are doing or listening to something spiritual.’”

“The Sayings of the Desert Fathers,” (Kalamazoo, Michigan: Cistercian Publications, 1975),

Injustices in the Church

The Kingdom of God awaits those who have patiently endured.St. Seraphim of Sarov