THE DANGER OF DELUSION DURING PRAYER 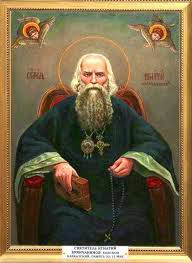 THE DANGER OF DELUSION DURING PRAYER
By St. Ignatios Brianchaninov, Bishop of the Caucasus and Stavropol (+1867), from “On the Prayer of Jesus, ” ch. 16.
I offer fathers and brothers my poor advice, begging them not to reject it. Do not force yourself prematurely to the discovery within yourself of the action of the prayer of the heart. Prudent caution is most necessary, especially in our time when it is almost impossible to find a satisfactory spiritual guide in these matters, when the ascetic must himself force his way gropingly by the direction of the writings of the holy Fathers to the treasury of spiritual knowledge, and also must gropingly select for himself what is suited to his needs.
While living according to the commandments of the Gospel, attentively practice the prayer of Jesus according to the method of St. John of the Ladder, combining prayer with weeping, having as the beginning and end of prayer repentance. In its own time, as it is only known to God, the action of the prayer of the heart will be revealed of itself.

The surest form of friendship (Saint Paisios the Athonite)

The Father so loved us that He gave us His Son;Elder Sophrony Sakharov of Essex

How to be vigilant