THE ELDER PAISIOS: GOD IS OBLIGATED TO HELP HIS CREATURES RELATED TO US, BY MR. ELEFTHERIOS TAMIOLAKIS OF CRETE 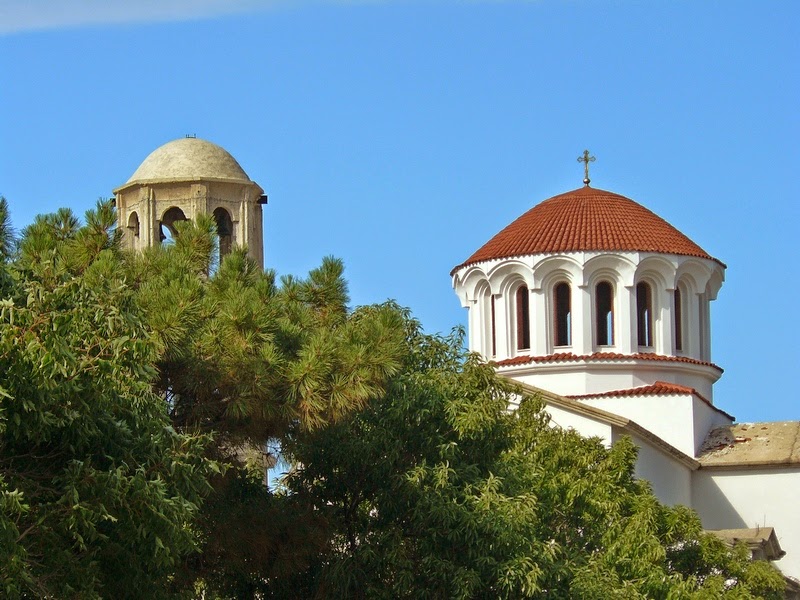 THE ELDER PAISIOS
GOD IS OBLIGATED TO HELP HIS CREATURES
RELATED TO US BY MR. ELEFTHERIOS TAMIOLAKIS OF CRETE
At one time, I found myself in a difficult situation because of my many responsibilities. Because of this I went to see the Elder Paisios on Mount Athos seeking his advice.  I went to Mount Athos during the winter and I managed to reach his monastic cell through snow and nasty weather.  When I reached his cell the Elder immediately answered the door and invited me in without hesitation.  He said to me: “I have been waiting for you.”  I had not informed him previously that I was coming to see him.  He sat me next to the wood-burning stove and proceeded to prepare tea for me.  He first poured water into the coffee pot while making the sign of the Cross and saying: “glory to you Oh God.” He then placed the tea in the coffee pot making the sign of the Cross and saying again: “glory to you Oh God.” Finally he put the coffee pot on the stove and he again made the sign of the Cross and said: “glory to you Oh God.”
Up until that moment he had not said anything to me other than “I have been waiting for you.”  As I was watching him intently preparing the tea, I became agitated because I was anxious to tell him about my personal problems.  When the tea was ready, he gave me a cup and he looked at me with that innocent and compassionate look of his.  He then proceeded to ask me calmly why I was so nervous and uneasy.  I then started to blurt out to him my problems emphasizing the fact that the world is filled with worry.  He smiled at me, took a drink of tea and said to me calmly: “My friend, why are you troubled? God will help you.”  I became more agitated hearing this statement from him and I said: “Very well now, Elder, God helps us once or twice.  Is He then obligated to help us continuously?”  He then looked at me sternly and said something that struck me like a bolt of lightning: “Yes, God is obligated to help you.”  He said this to me with a sense of conviction.  He said it in such a way that it was apparent to him that it was true for he had experienced this with God.  I felt like getting lost.  At that point my nervousness just left me.  I became very calm and I felt a sense of unbridled peace.  I had only one question to ask him: “Very well and why is God obligated to help us?”  The answer that he gave me could be given only by a person who understands that he is a child of God and has great boldness before the heavenly Father.  He said to me: “Just like you who have children, you understand what it means to help them.  You came here all the way from Thessaloniki in this bad weather because you are troubled.  It is the same with God who created us and considers us His children.  He is concerned about us and He understands the need to help us.  Yes, He is obligated to help us!”  The immediate effect of this answer was such that suddenly all my burdens left me and from that moment on, I no longer worry about the future.
Translated from the Greek by:

a broken spirit; a broken and a contrite heart, O God, thou wilt not despise…St. Seraphim of Sarov

ON TRIALS AND THE SPIRITUAL LAW. Source: “ The Elder Joseph the Hesychast (+1959): Struggles, Experiences, Teachmgs. ”

The role of the Orthodox Church 1