THE VOICE OF ORTHODOXY: METROPOLITAN SERAPHIM OF PIRAEUS 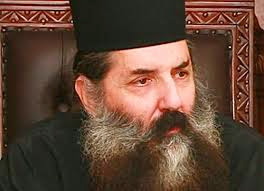 You can’t put out a fire with fire Elder: Arsenie Boca

God does not grant big endowments without great temptations. St Isaac the Syrian

MANY MUSLIMS WERE BAPTIZED AFTER THE DEATH OF FR. DANIEL SISOYEV

“Peace to you, pillar of light, for you prop up the earth.”Abba Antony