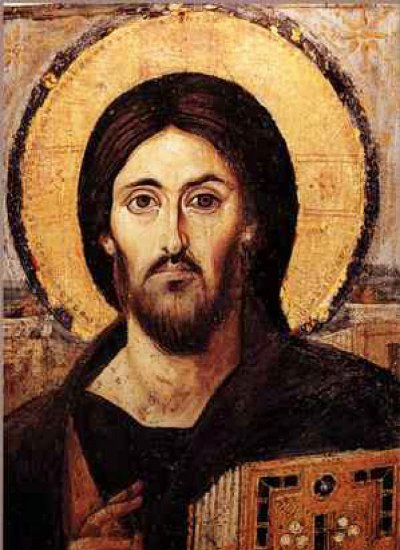 “I believe in one God, the Father almighty, Maker of heaven and earth and of everything visible and invisible.”

God exists, dear friends, God exists!  It is declared in the first article of our Symbol of Faith.  Millions of voices proclaim it.  Atheism, as we said, has no evidence; it merely dogmatizes.  And, as we have noted with atheists and unbelievers, there come certain moments even in their lives when they question their attitudes regarding this most relevant subject.  There are also examples old and new concerning people, who, in quiet and peaceful times made much noise, saying ‘there is no God’, but when the blue skies of their lifetime became clouded, when trials and tribulations shocked them and all their worldly foundations were shaken, when they faced catastrophe, then those unbelieving atheists where humbled and they knelt down to pray.

God exists, but what is He?  This is another question.  Human reason, proud, restless, and searching, directs itself also to the investigation of this topic.  What can we say?  We can answer only briefly:We have said that the question of the existence of God is the highest and most important of all problems.  Every other subject is inferior to this lofty question.  I ask you, has anything been investigated to complete resolution?  Have answers been given to questions concerning, not only spiritual matters, but material things, things that we can perceive with our bodily senses?  Has science given answers even to questions like: “what is matter?” “What is light, electricity, magnetism, atomic energy?”

As we said some time before, science investigates various material phenomena, but it cannot explain them, it cannot give the final world concerning our existence, the creation, the energies and their sundry manifestations.  These matters are shrouded in mystery.  A philosopher once said, that in spite of all science has discovered, we are yet ignorant of many things and will continue to be so, because everything we know is a very small part of what we do not yet know.

We are ignorant, then, to a great degree concerning material things which we can perceive; how then we pretend to know those things that we cannot perceive, things that are above the material and constitute the spiritual world?

Human reason is not limitless, as some philosophers say; it has certain boundaries it cannot cross.  Beyond the natural world is another world, the spiritual, supernatural world.  We cannot perceive this world with our bodily senses, but we can do so with our spiritual senses – our faith, appropriately called the “sixth sense”.

Our minds are limited.  Let me cite an example.  Let us assume that an ant is crawling on a column of the Acropolis.  The ant has a mind, that is, it reacts instinctively.  We ask

you, is it possible for the ant to comprehend and explain the architectural wonder?  Certainly not.  Its thought processes are far too limited.  Humanity, like the ant, lives and walks, and even flies in space, seeing before it the expanse of the vast divinely-created kingdom.  But human thought, no matter how developed, cannot comprehend or explain divine creation in all its magnitude and profundity.  Man stands on a pinhead of the immense universe.  As an ant cannot comprehend the architectural plan of the Acropolis, so the little human being, with his limited reason, is incapable of understanding the details of the Divine Creator’s plans.  That is why the Apostle Paul, astounded by the mysteries of divine wisdom, says: “O depth and riches of the wisdom and knowledge of God!  How unsearchable are His judgments and His ways beyond understanding!  For who hath known the mind of the Lord?  Or who hath become his counselor?” (Romans 11:33-34).

And in spite of this, humanity in its pride insists on investigating the Incomprehensible.  A lyric poet, Simonides, was once invited to the palace of an ancient king and was asked to answer a question: What is God?  The poet asked him to give him a day to think about it.  When the day had passed, the poet appeared before the king and asked him to give him another two days to think it over.  It was granted.  When the two days had passed, the poet requested that time to be doubled, four days.  The king grew impatient because of the delay, and when the poet asked twice the previous amount of time, the king asked why.  The poet answered, “The more I investigate the matter, the more difficult it appears to be”.

What is God?  A definition would be beyond the capabilities of the human mind.  One of the greatest fathers and teachers of the Church, St. Augustine, in discussing this topic, begins a moving dialogue with Creation.  Let us listen:

“I asked the earth, ‘What is God?’, and she answered: ‘I am not your God’.  Everything in Creation that I asked gave me the same answer.  I asked the sea and the depths and all that live and swim in the seas and oceans, and all in common answered: ‘I am not your God; search for Him higher.’  I asked the winds that blow and the air, and the creatures that live in it, and they answered me ‘I am not your God’.  I asked the sun, the moon and the stars.  ‘We are not the God you seek’.  Then I said to all that surrounded me: ‘You say you are not my God.  Tell me then what do you know about Him?  And all answered in a loud voice, ‘God made us.  God is our Maker, our Creator!’

In spite of all the wisdom our ancient forefathers had, the true God remained unknown to them, and for this reason, an altar was erected in Athens, the capital of arts and sciences, with the inscription: “TO THE UNKNOWN GOD” (Acts 17:23).  The unknown God was revealed to the world through the revelation of Jesus Christ, our Lord.  And the God that Jesus Christ revealed is the true God.  He is spirit.  He is light.  He is love.  We worship and adore Him, and this faith we proclaim by saying: “I believe in one God, the Father almighty, Maker of heaven and earth and of everything visible and invisible.”

This chapter was taken from the book “ON THE DEVINE LITURGY – VOL.2” by Bishop Augoustinos N. Kantiotes.

The prayers of our Church talk about purification and illumination

One day, time will run out.